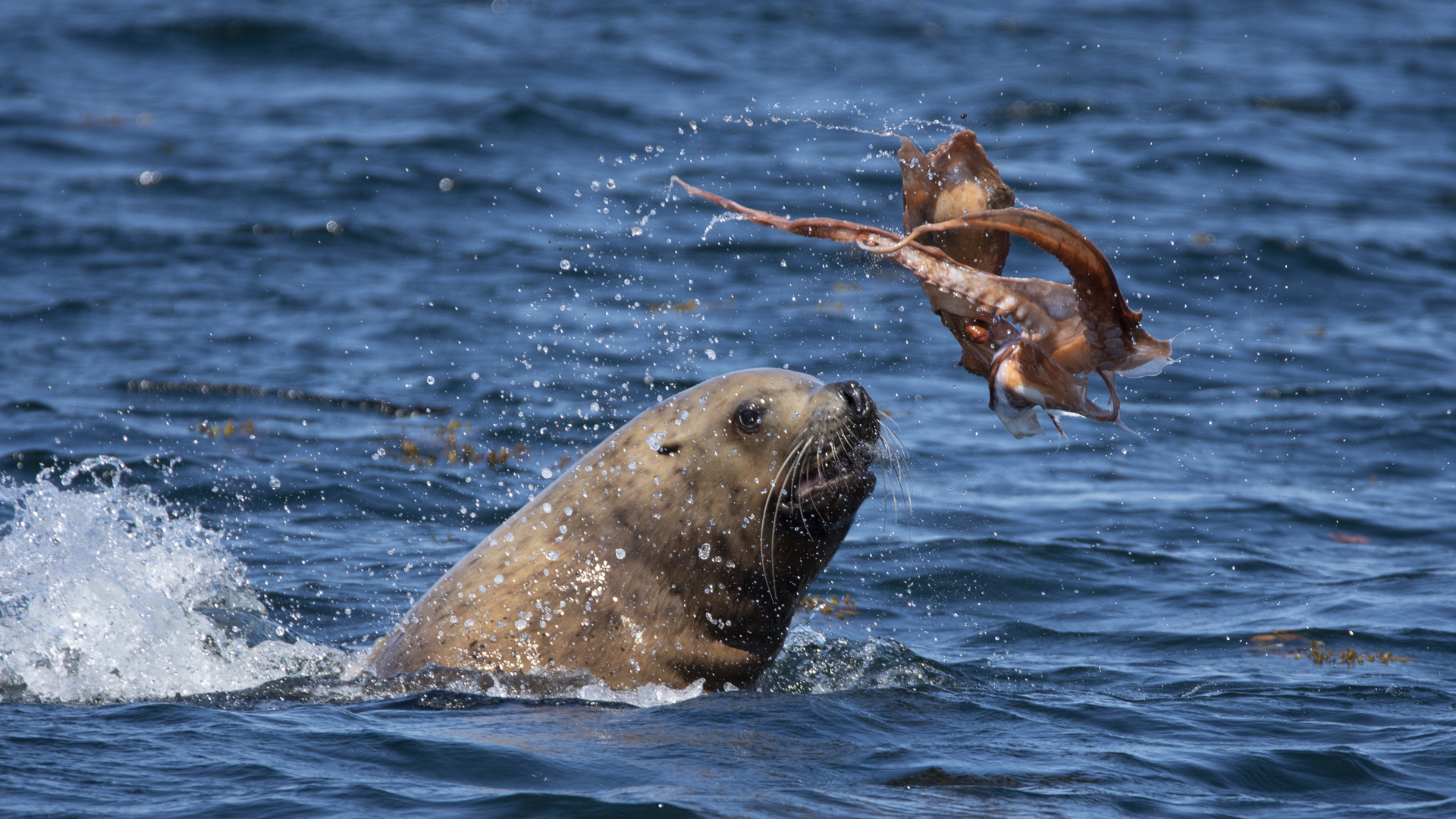 So there I was on the ocean light II a few years ago on a seven day adventure looking to photograph marine wildlife. On the first day the group was getting to know each other and I was talking to one fellow who asked what I was hoping to photograph? An innocent question I’m sure he was expecting an answer like “a breaching Orca or humpback whale.” While I indicated that those would be amazing, I was most excited for the unexpected, like a sea lion predating on pacific octopus (I had seen this image in a photo magazine year earlier). He smiled and I knew he thought I was a little crazy.

A few days later, the captain says “there is a sea lion up a head and it is behaving strangely.” I could just make out some violent movements of the sea lion splashing around in the ocean. As we got closer it was predating on a pacific octopus!

Here is my best shot of that encounter!

Getting started in nature photography